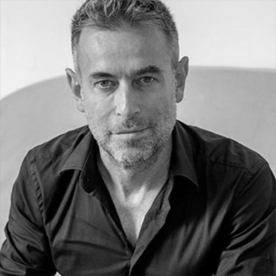 Louis Cacciuttolo is the founded VRrOOm in 2016. He worked as Executive VP for THX, a George Lucas company, from 2013 to 2016; before that, he was CEO of international communication agencies such as Ogilvy or Saatchi & Saatchi in South East Asia.

He was the owner and artistic director of the Théâtre du Minotaure in Béziers from 1999 to 2020.He is also show producer, screenwriter, director and film producer. He made several award-winning films, including the feature film ‘Cendre’ in 2014 and the interactive VR animation short for Vive ‘The Last Footprint’ in 2016.

He co-produced Digitalis, an augmented reality installation in collaboration with artist Pierre Estève, adapted to augmented interactive audio with the immersive sound studio Demute, and which he premiered at Stereopsia Brussels in December 2019. 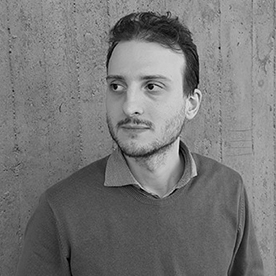 Antony Vitillo, developer of XR content and expert in UI and UX for virtual and augmented reality experiences, is a member of NTW (New Technology Walkers), a consulting agency dedicated to multimedia technological projects.

He is also the founder of the influential blog The Ghost Howls, an online specialist publication focusing on XR technology solutions, and he is the creator of HitMotion: Reloaded, a mixed reality boxing game for Vive.

He aims to create magical content in all areas of IT that have an artistic and creative side, ranging from web design to augmented and virtual reality. 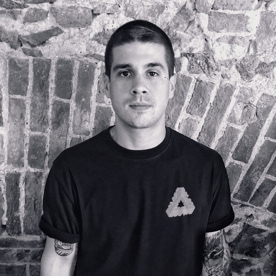 Lapo Germasi, architect and designer, is the co-founder of MID MID (Manifattura Italiana Design), an agency specializing in the design and development of physical and digital projects applied to design and architecture.

His goal is to improve human experiences through the creation, design and development of products that improve daily life. 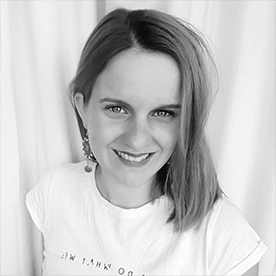 Maud Clavier has been working in the 360° & VR field since 2015. (her website). After four years of directing her company to create corporate 360 films (for BNP Paribas, INRA, Lagardère..), she decided to quit to focus on her creativity. She directs several 360° films documentary the runs at festivals, and is involved as an artist to create immersive exhibitions and insert VR as a scenography tool into performing art.

She is now working for VRROOM either as a project manager & a VR film director.

As a VR film director she worked on the Jean Michel Jarre – Welcome to the Other Side show, and various teasers and video for SXSW Online 2021.